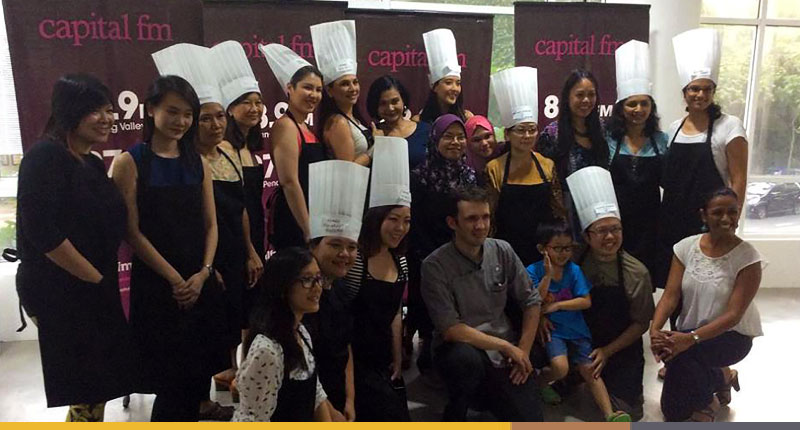 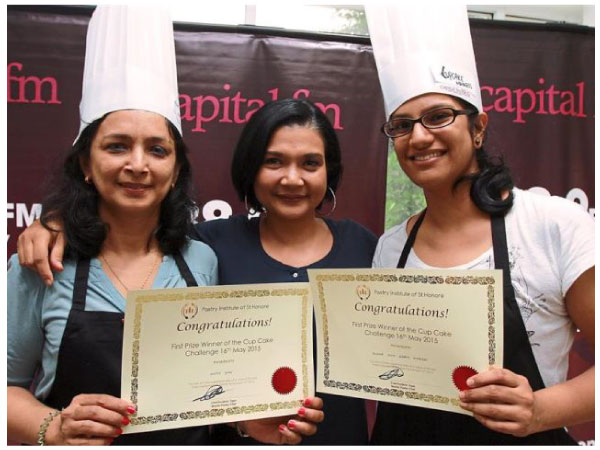 SUGAR, spice, and everything nice. These were the ingredients chosen to make the perfect cupcake, at the Capital’s Cupcake Queen Contest at the Pastry Institute of St Honore in Taman Tun Dr Ismail, Kuala Lumpur.

Organised by Capital FM in conjunction with Mothers Day, the competition saw six pairs of contestants duke it out for the grand prize of RM1,000 worth of baking classes, plus the coveted title of “Cupcake Queen”.

Each couple was accompanied by a Capital FM announcer, namely Daphne Nasir, Isabel Taye, Ashley Chan, Edea Nor, Ika and April Kuan, who joined their quest in competing to be the best team of bakers of the day.

The six winners were selected through an on-air contest in Capital Breakfast and The Jam Break segments, where they had to correctly answer a simple question about baking.

The session started off with a demonstration by St Honore master pastry chef Frederic Oger, who also judged the entries.

The trios were first tested a la MasterChef to determine ingredients in the two types of cupcakes they would be creating – Berry Francy, with a strawberry confit and cream cheese topping, and Choco Cupcake with chocolate chantilly and caramel sauce. 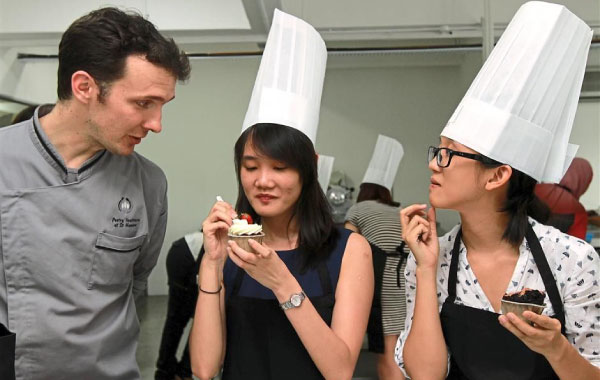 They were then given the recipes and measurements to prepare everything from scratch.

The cooking area was whipped into a frenzy as frantic shouts of instructions and laughter ensued among the bakers, some of whom were even heard telling each other, “I told you that I couldn’t bake!”

Some teams struggled with making their cupcakes puff up in the oven, while others burnt chocolate for their frosting.

The winning team had some experience in baking, which I think helped them in delivering a good cupcake. Most importantly, everyone tried their best with an optimistic attitude,” he added.

Matty and Anusia said they did not expect to win, but were happy that they had lots of fun.

Anusia, 29, said she called in and was selected to enter the contest. She teamed up with her aunt because her mother could not make it.

“We bake at home, but we usually bake for friends and family,” said Matty, who added that good teamwork contributed to the win.

Capital FM programme manager Nisha Sundrum said the Cupcake Queen contest was organised as a get-together for listeners to get to know the announcers, as well as coinciding with May’s “Mothers Month” at Capital FM.

“We wanted to have activities that motivate people to spend more time with their mothers. We chose cupcakes because it is something that everyone loves,” said Nisha.

The station also ran a #DearMum campaign on Twitter in the first two weeks of May, which received many heartfelt messages dedicated to mothers.