Warning: count(): Parameter must be an array or an object that implements Countable in /home/ourwebz4/public_html/pastrysthonore/wp-content/plugins/custom-css-editor/bootstrap/pluginClass.php on line 132
 Vanilla 101 – Pastry Institute of St Honoré – Faut Laissez Le Pain Chanter 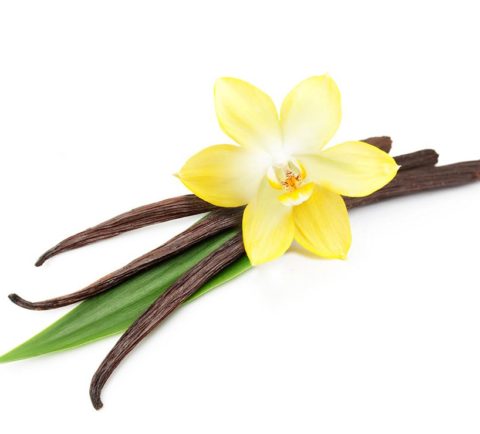 Vanilla beans are derived from orchids of the genus Vanilla. The plants are hand-pollinated and can take up to three years to flower. Originating from Mexico, vanilla is now mainly produced in Madagascar and Indonesia, followed by Mexico and Papua New Guinea. Following that, here are the four most popular vanilla varieties!

Also known as Bourbon Vanilla (from the island of Bourbon), these vanilla beans are one of the most popular varieties. These beans are on the thinner side, and typically 8-11 inches in length. The flavour produced is rich and creamy. Goes great with both sweet and savoury dishes.

Tahitian Vanilla is also highly popular, being the most expensive type of vanilla. The beans are of a distinctly wider & plumper variety, and are typically 6-10 inches in length. The flavour produced is intense, floral and with hints of cherry. Goes great with custards and ice creams.

As the original producer of vanilla beans, Mexican Vanilla has unique qualities. The beans are thicker than the other varieties, and are typically 6-7 inches in length. The flavour produced is bold and smooth, with spicy accents. Goes great with sweet and spiced treats.

Indonesian Vanilla makes up the second largest supply of vanilla. The beans are typically 6-7 inches in length. The flavour and aroma produced is sweet, smoky and woody. Goes great with other rich and strong flavours.

To use vanilla beans, use a sharp knife to cut through the bean lengthwise. Holding the knife perpendicular to the bean, scrape down the seeds one half at a time. The seeds will have to be used immediately and can be used directly into your desserts and dishes. If the seeds are a little too moist and sticking together, rub it in with the sugar from your recipe so it spreads evenly when you incorporate it in.

You could also opt to use the sliced pods as it is without removing the seeds. Simply boil the whole pod in your liquid of choice for an intense vanilla flavour.

When you’re done with the beans, don’t throw it away! Here are some ways to get the most out of your beans.

Vanilla pods are naturally moist, and when it’s still fresh a sticky residue (the essential oils!) should come off on your fingers when you touch it. The beans should be kept in an airtight container and in a cool, dark place. You should never store it in the fridge though, otherwise you could end up with mould on your precious pods.

If you plan to keep the beans for a longer period of time, you’ll need to air out the beans for 10-15 minutes every few weeks. While properly stored vanilla beans can last for 1-2 years, it’s best to use it within 6-8 months.

And there you have it, vanilla bean 101! Now that you know all the major varieties and uses of vanilla beans, you’re ready to start using these aromatic flavours in all your sweet and savoury recipes.